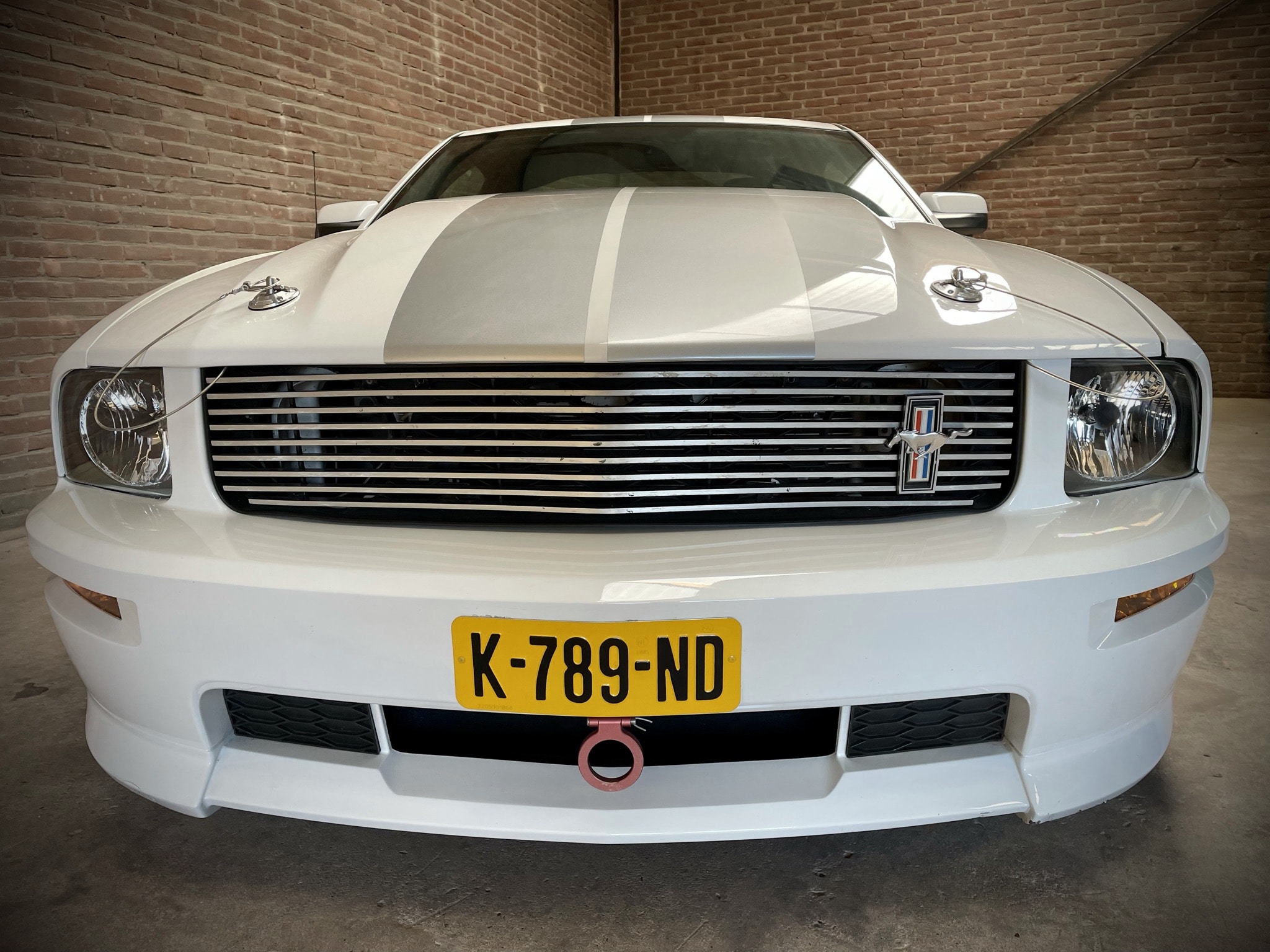 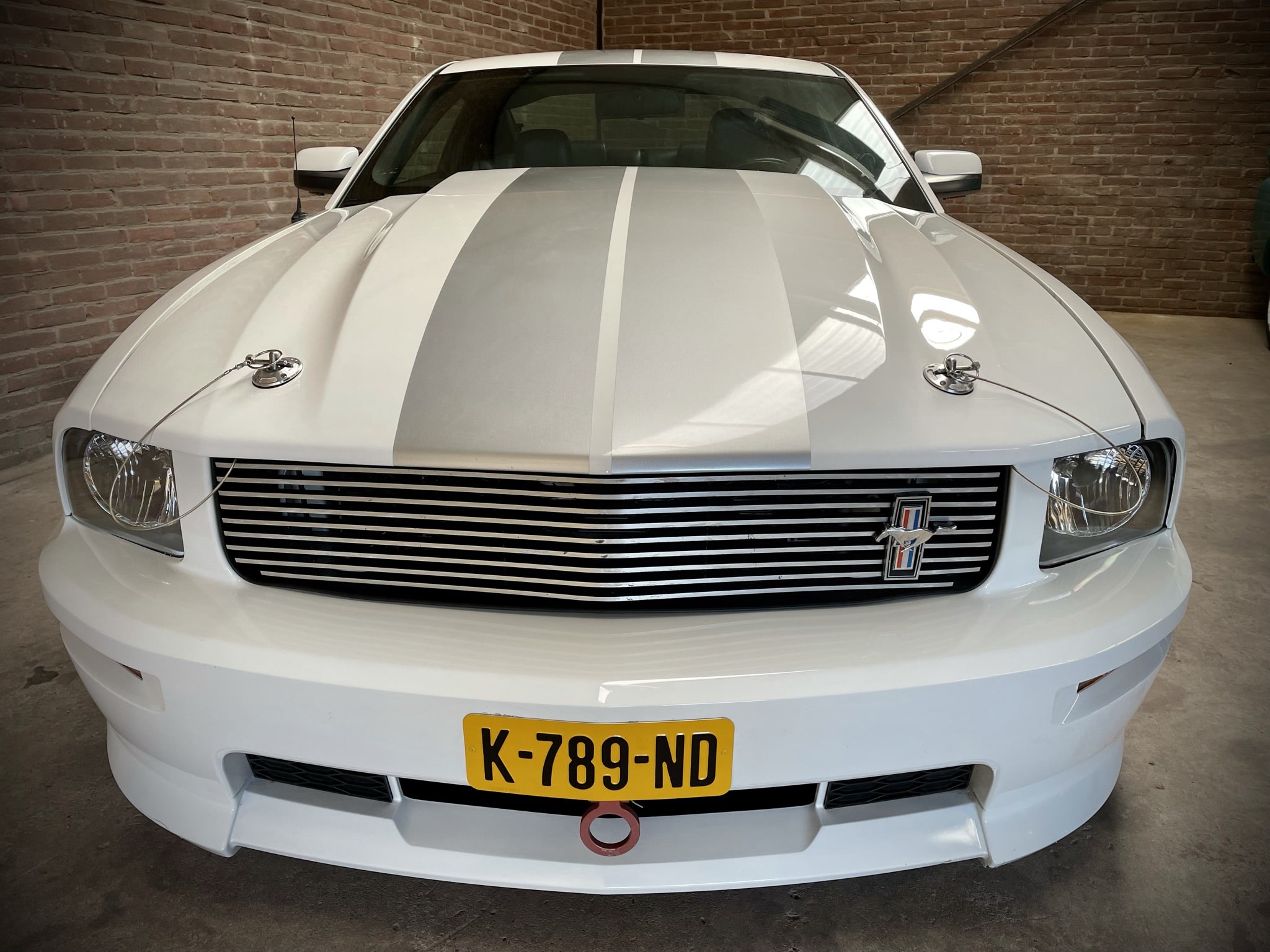 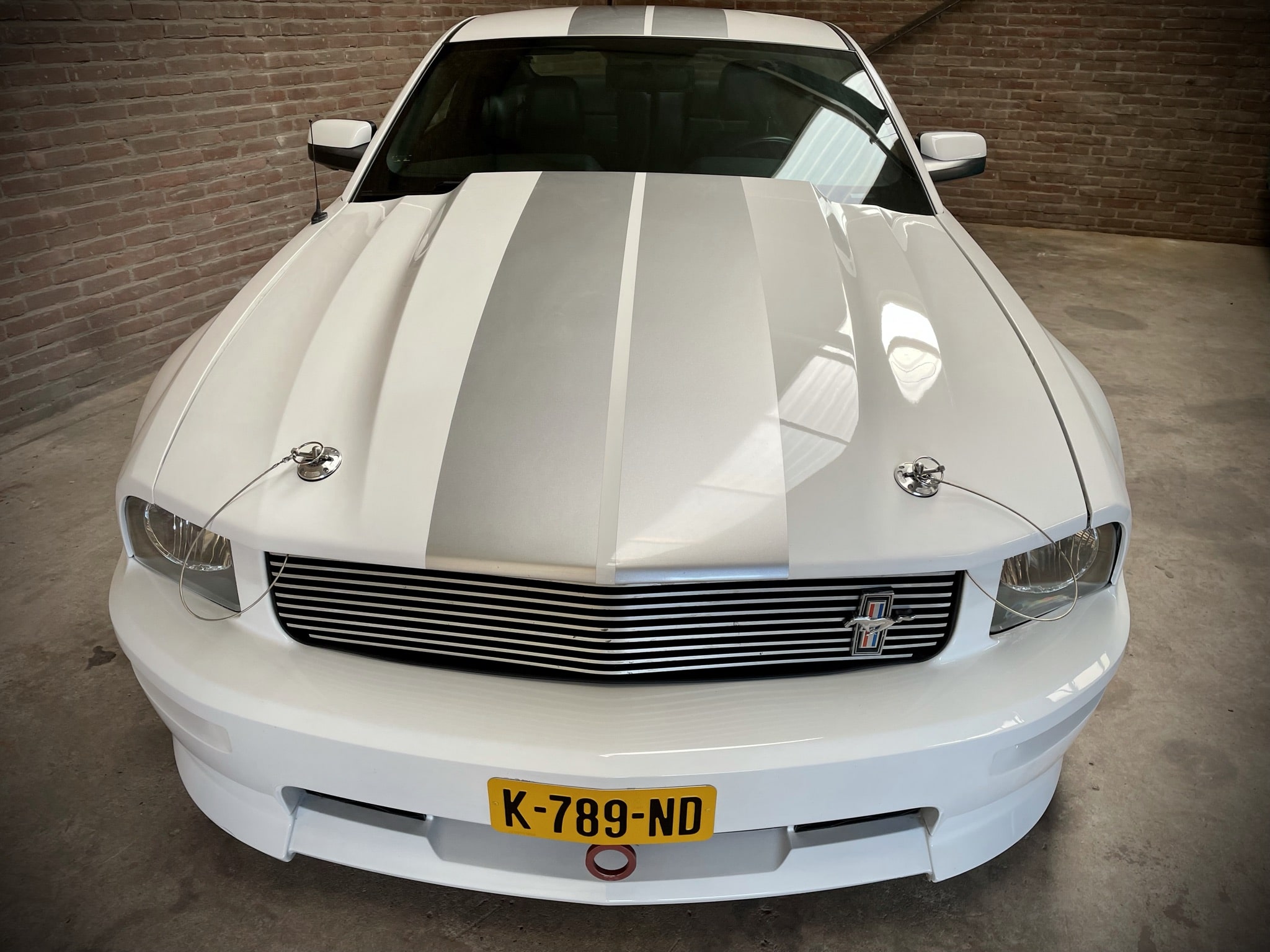 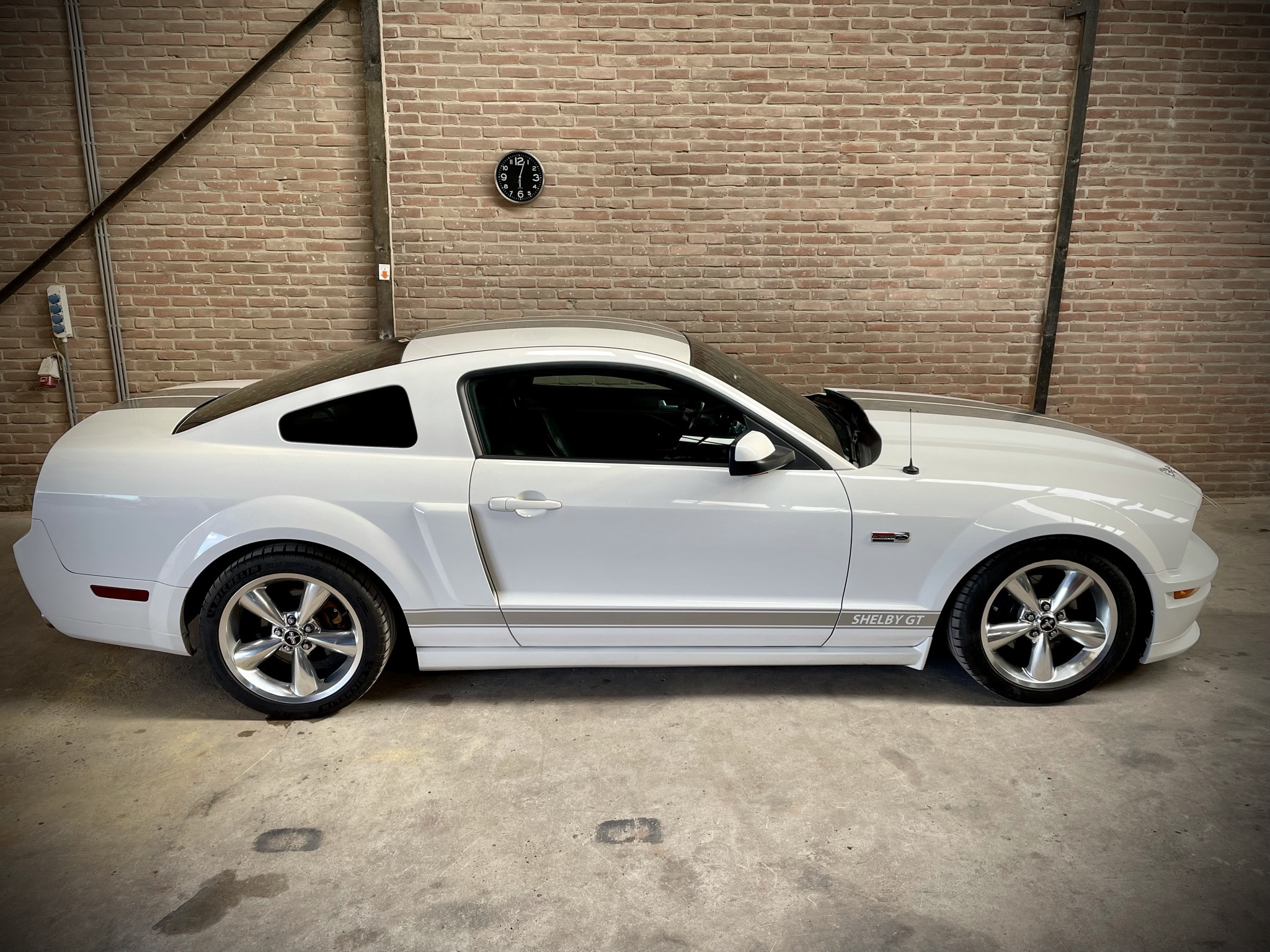 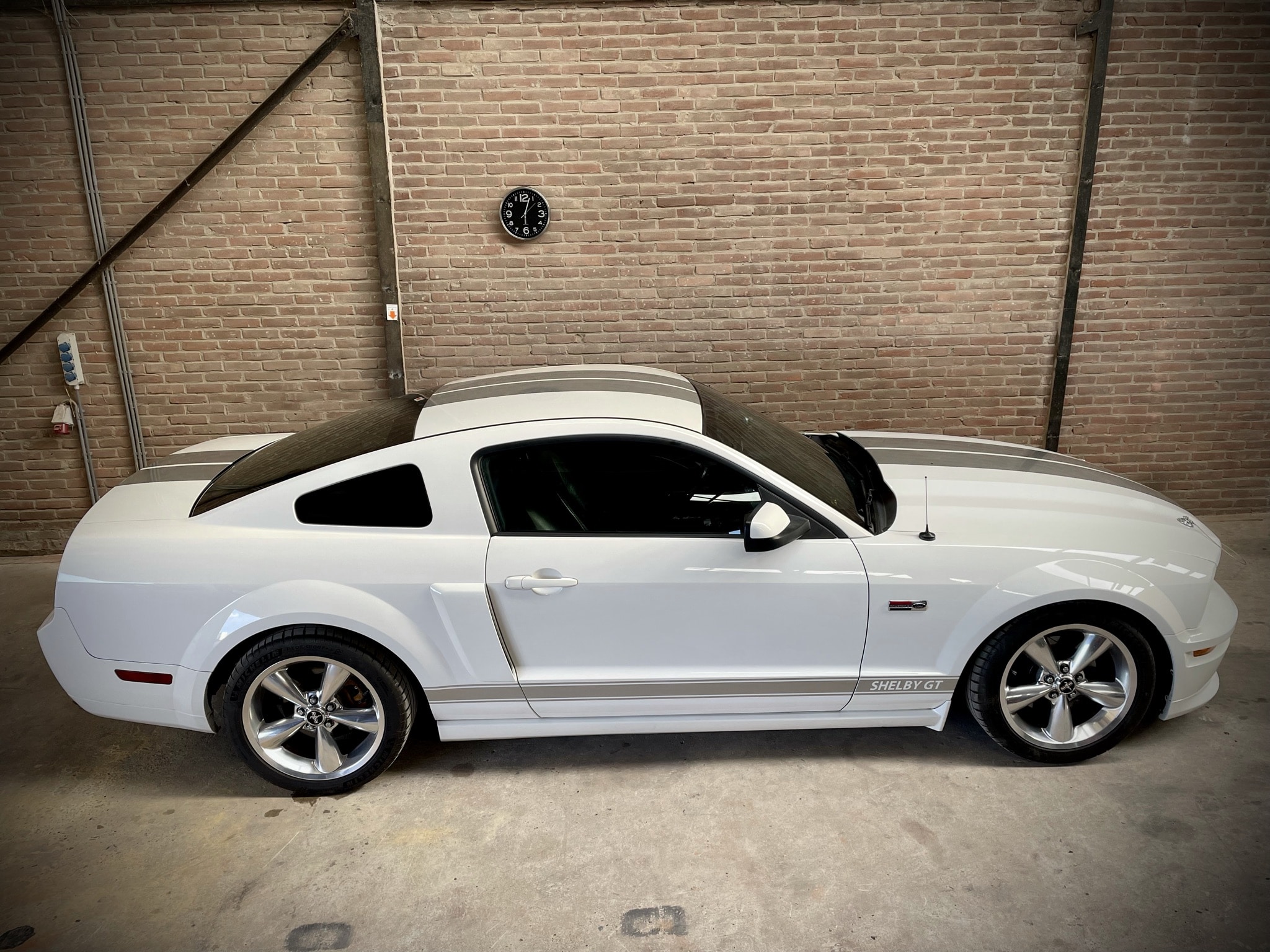 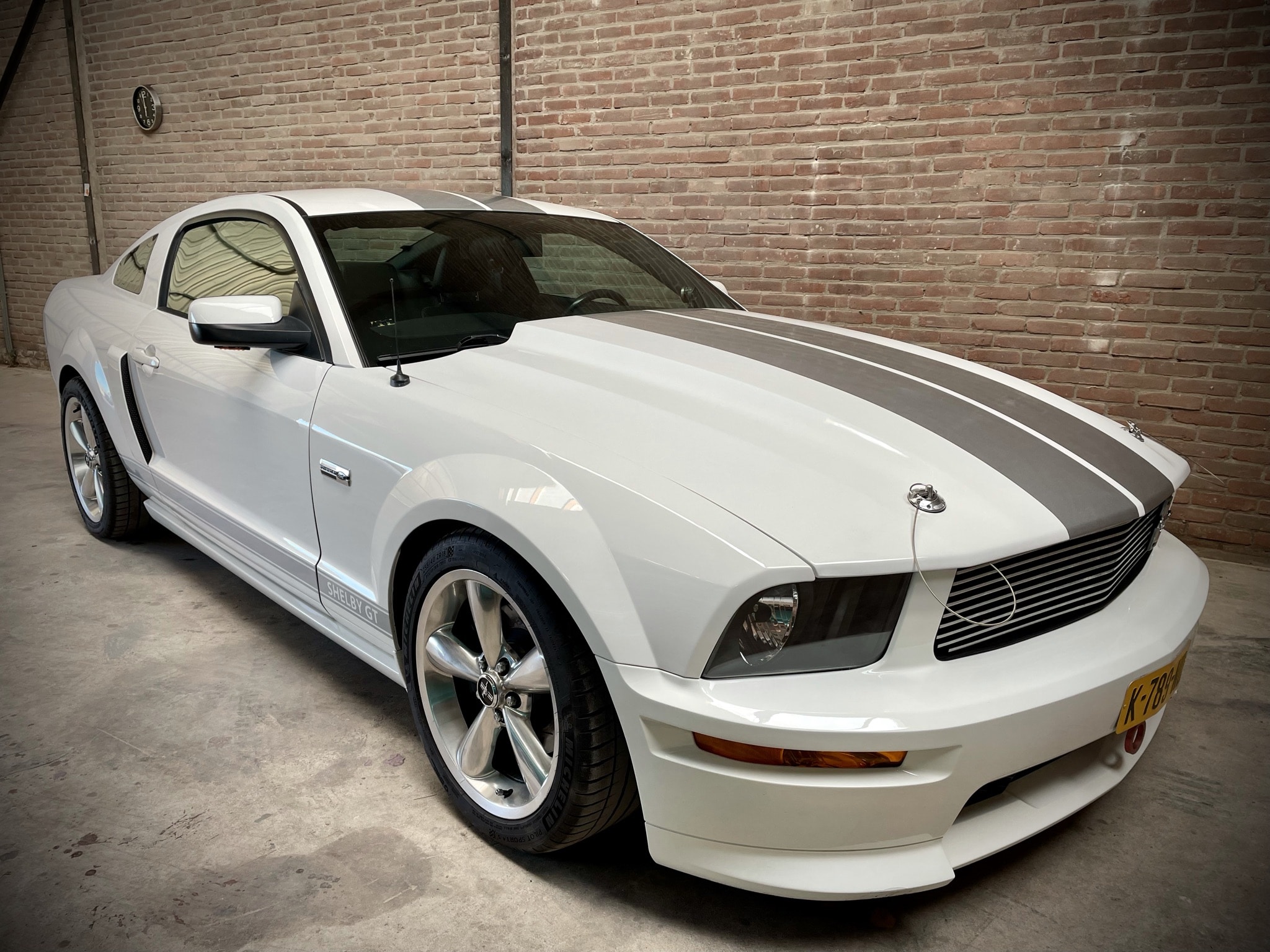 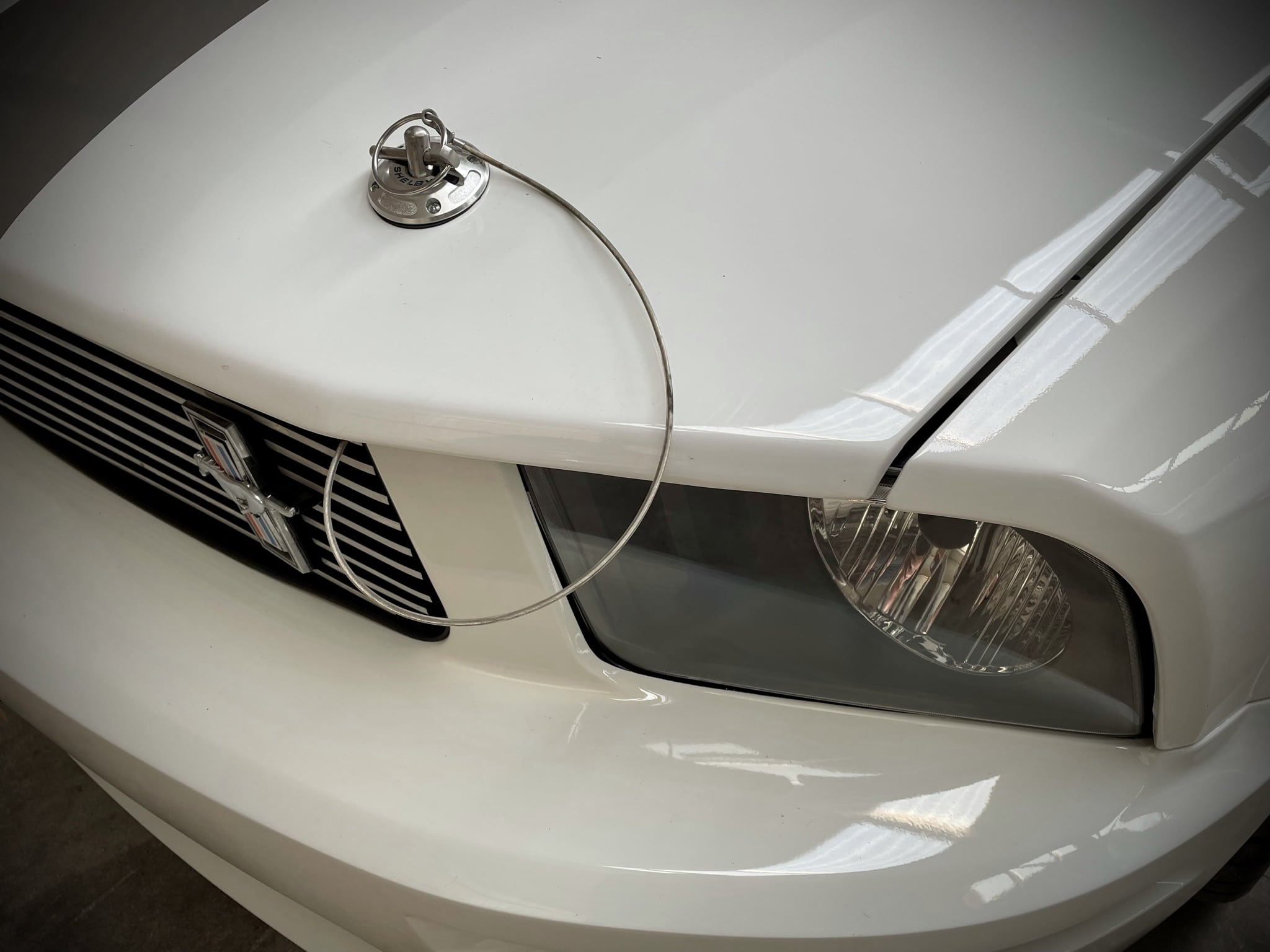 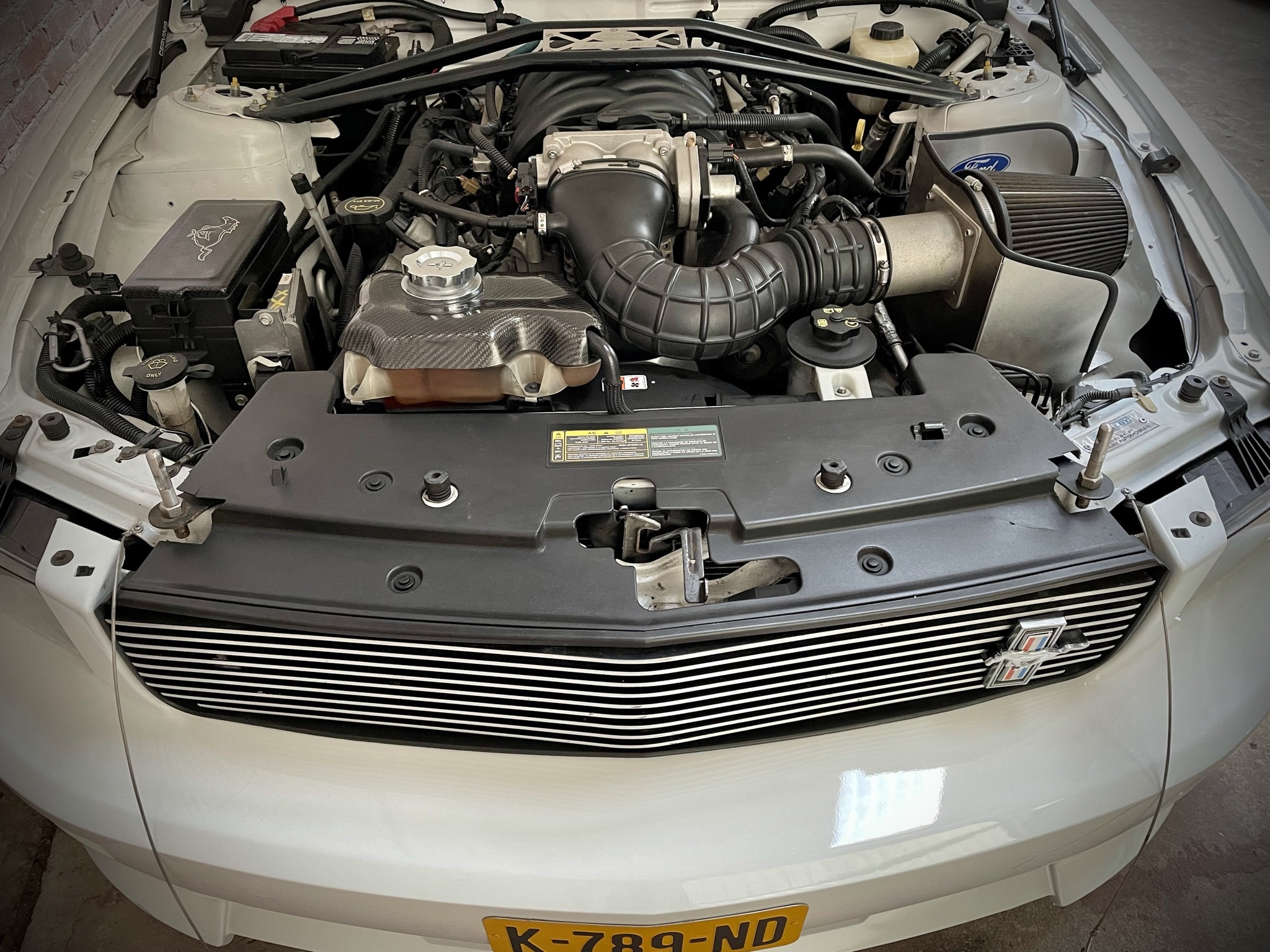 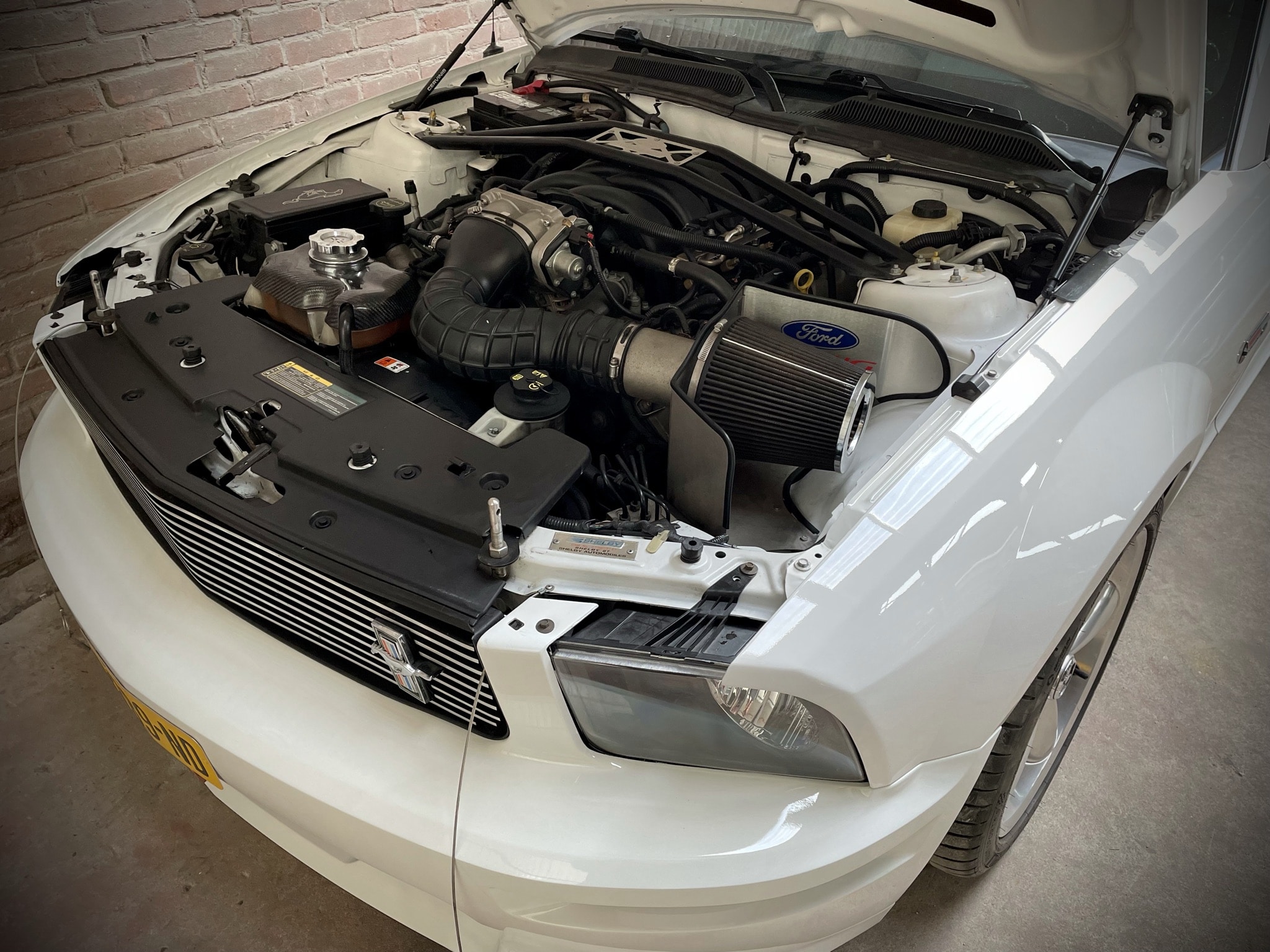 This is a rare 2007 Ford Shelby GT #3365 in performance white with silver stripes. These cars start life as a Ford Mustang GT coming off the assembly line in flat rock Michigan and then shipped to the Shelby Automobile facility in Las Vegas, Nevada.

In addition, this Shelby GT has;

This car runs and drives as good as it looks. It has run 76.250Mls / 122.000km. With the raw power of a mild tuned V8 and the awesome sound of the BBK exhaust, it is sure to make you smile as you hit the accelerator and go down the road.  The suspension set up make it feel like it is glued to the road.  Truly a wonderful modern-day muscle car and rare appearance on the Dutch roads!